Some historians believe Tamerlane exceeds his Mongol predecessor Genghis Khan as a conqueror. The former began his career with the suppression of Persia. He followed this closely by triumphs over the Ottoman Turks and their Sultan Byezid I. My e-book considers Tamerlane's years as both conqueror and patron of the arts. The Tartar leader made significant improvements in implementing government. He took his barbarian followers from traditional tribalism. He also implemented more focus and cohesive measures that modernized his people's lives. Soon he and his legions were ready to begin their years of conquest and annihilation throughout Asia. 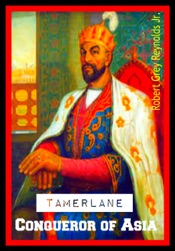